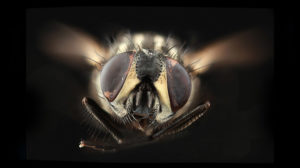 Pest predictions are a bit like interpreting the weather. We know that something will happen, but we can never be entirely sure when. Nonetheless, data exists that can shine some light on the subject and this information can be used by homeowners to make moves in advance of spring when their pest problems become less predictable. So what are scientists saying about 2020? Keep reading to find out!

Mice Will Become a Year-Round Problem

Historically, homeowners have had their largest issues with mice in the late fall and winter months when the weather outside is frightful. Mice are warm-blooded creatures and do not hibernate throughout the winter. They need warm temperatures to keep themselves from freezing. This drives them into your home where it’s nice and warm. Hence why you’re more likely to notice them in winter rather than the summer months.

However, pest experts are predicting that they may become a more serious issue all year long. Why? Well, mice lose a large number of their population in winter. The trend in recent years has been for warmer winters. Mice are losing less of their population during these months, so there are simply more of them. With that said, higher competition for natural resources may drive them into less safe spaces in search of food. One of the places could be your home.

This trend has already been the case in places like Los Angeles, San Francisco, Chicago, and New York. But even smaller cities may begin to feel the onslaught of rats in their streets. Today, cities are having a problem with affordable housing leaving many dwellings empty. Empty dwellings are less likely to notice a rat problem. Population booms and garbage disposal issues are also contributing to the problem.

Bed bugs will continue to be a major problem for homeowners this year—especially for those who travel a lot. While once relegated to a problem only the hospitality industry had, more businesses are now faced with bed bug problems. This means that more homeowners will face bed bug problems as well. Multi-family complexes are particularly vulnerable to spreading bed bug issues.

House flies are expected to be a major problem as the climate continues to warm. Additionally, booming populations in U.S. cities alongside outdated garbage disposal management will all result in an increase of flies in the coming years.

If your hometown has seen a lot of construction as of late, then you should be thinking about the pest problems that this can cause. Construction dredges up a lot of different insects from the soil that must now go in search of a new place to live. This is particularly a problem if the pace of construction slows or stops. Empty or abandoned construction sites are a hotbed of pest activity.

Haven’t heard of the spotted lanternfly? Count your blessings. This pest a serious problem for rural populations where food is grown. It destroys trees and crops. It was first discovered in the U.S. in 2014 but it originally hails from Asia. As an import, it doesn’t have many natural predators in the United States allowing its population to grow exponentially. The U.S. attempted to quarantine the fly almost immediately upon discovering it, but it managed to inch forward into new territories despite human efforts to eradicate the population. It’s likely to make its way throughout New England and even as far south as Virginia by the end of 2020 and the coming years. This is a pest to keep on the radar.

If this forecast isn’t to your liking, then you should know that there are several steps you can take to make your home rodent-proof this year. Mice can get through a hole in your foundation as small as a dime. Rats only need a hole the size of a quarter. Both are vectors for disease and do thousands of dollars worth of damage to U.S. homes. So shoring up your outer defenses this year will become increasingly important.

Additionally, you don’t want to leave any food out. If you’re used to putting boxes of cereal or other perishable items in your cupboards, it’s time to rethink that strategy. Instead, you’ll want to get plastic containers for everything since rats and mice can’t chew through it. You’ll want to be diligent about keeping your kitchen in pristine condition and fix any leaky pipes where moisture can accrue.

Set Up an Appointment With Our Northwest Pest Control Experts

If you’re interested in setting up a free home inspection with local pest control experts, give Pointe Pest Control a call today and we can help you develop an action plan that successfully avoids a serious infestation this year.